You are here: Home / Uncategorized / Stick out your tongue!

It may not be polite to stick out your tongue as an editorial comment, but it’s just one of the things your acupuncturist will ask you to do when you come in for an appointment.

Your tongue corroborates your health history, and is part of important fact-finding before treatment begins.

We “read” the tongue by looking at the tongue body color, the body shape, the coating and moisture. Although a pink tongue of moderate size is considered healthy, it changes shape, color and texture as we age and experience various health conditions. Ask a child to stick out their tongue – they will usually gladly comply! – and compare it to yours.

This post will describe medical concepts and how organ systems function. Some of the concepts I’ll describe below involve digestion. Two primary aspects of digestion, according to the classics are:

So if the Stomach and Spleen don’t fulfill these functions appropriately, then food isn’t broken down enough to be usable OR the quantity of food can’t be processed correctly and those “left-over” substances can become problematic in a variety of ways.

COLOR: The color of your tongue describes some general conditions. A pink tongue is considered “normal”, although “normal” can be broadly interpreted. A red or deep red tongue indicates heat or severe heat in the body. A pale tongue indicates that something is lacking, either Qi or Blood or some combination; it can also indicate Cold. Pale tongues are often swollen, indicating that the body does not have enough vital forces to transform food. A lavender or purple tongue can indicate stagnation in the body, and frequently pain. When the tip of the tongue is red, it could indicate heightened emotions or some illness in the upper body, like a cough or bronchitis.

SHAPE: Tongues can be described as Thin, Swollen, Stiff, Flaccid, Long, Short, Cracked, Quivering or Deviated. These descriptions indicate too much or too little of something. They describe Heat, or a lack of Body Fluids, a dysfunction in digestion or even the heart.   The shape can indicate a long-standing condition, particularly as we age. A crack in the tongue can indicate a current, former or even congenital issue. For example, a crack in the middle of the tongue can reflect problems with digestion, or a crack towards the tip can indicate a history of bronchitis or perhaps smoking.

TONGUE COAT: The tongue coating reflects digestion. A normal tongue is said to have a thin-white coating. This is formed from some of the residual dampness which remains after digestion. The color and thickness of the coat also tells a story. A thick coating indicates that something is amiss, and the thicker the coat the stronger the pathogenic factor. The absence of coating also indicates a dysfunction, relating to either digestion or some patterns of aging. Menopause is one instance where we might see a tongue that is red all over and without a coat.

A yellow coat reflects heat in the body. A thick white coat reflects cold. A gray or black coat can indicate either extreme cold or extreme heat, depending on other factors. I’ve seen a black tongue coat twice. The first time was after major dental surgery, and it resolved within the week. The second time was in a patient who had just undergone a mastectomy for breast cancer treatment and was also undergoing chemo and radiation. The blackness also resolved within a few weeks. In both cases the tongue coating reflected the insult to their system, the quantity and potency of the drugs administered and how it negatively affected their digestion.

MOISTURE: The amount and quality of body fluids is reflected in moisture. A normal tongue is slightly moist, which means the digestion is functioning well. If the tongue is too wet, it means that fluids are not being absorbed and eliminated well, and are beginning to accumulate in the body. This might indicate weight gain or sinus issues, for example. If the coating is sticky or slippery, then the fluids are concentrating and becoming more protracted and may be more challenging to resolve.

Your acupuncturist will look at your tongue at every treatment and may ask questions based on what she sees (“hmmm, did you something blue this morning??”). In the meantime, look at your tongue in the mirror and see what it’s telling you about yourself.

Here are some additional resources that you may find helpful in your journey for all aspects of your health. Not … END_OF_DOCUMENT_TOKEN_TO_BE_REPLACED 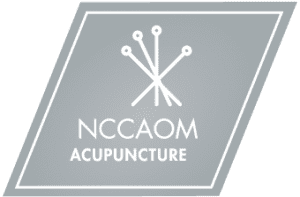 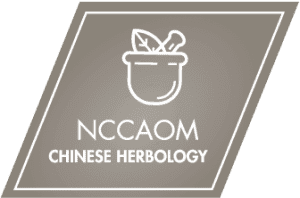